The Common Dandelion: Rethinking a Misunderstood and Undervalued Weed 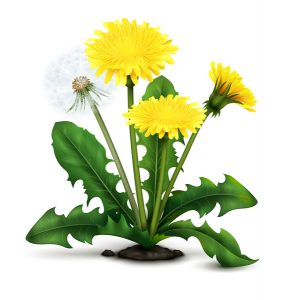 As a gardener I have tended to view the dandelion as an unwanted intruder, as it invades every nook and cranny of free space on a cherished lawn or garden.  I think of sore backs and sorer knees from the countless hours spent uprooting these pervasive pests. And yet there is a softer side to the dandelion; the sweet memories of childhood wistfully blowing dandelion fluff to count our number of admirers and the dandelion stem bracelet used to seal a blossoming friendship or budding romance. Most remarkably, this common weed has a long and storied history in traditional medicines across the globe, with its oldest record of use dating back to Arabian physicians of the 10th and 11th centuries.

Arabian physicians used the plant to cure liver and spleen ailments, while Traditional Chinese Medicine has used it to treat hepatitis and bronchitis. North American Aborigines used the roots to treat kidney diseases and stomach ailments and the peoples of Turkey and Mexico used the plant for diabetes.  For all these conditions and more, growing scientific evidence supports the dandelion’s traditional uses. Human clinical trials are still needed before dandelion can be used safely and effectively for some of these conditions.

In modern naturopathic and herbal medicine, the leaf of the dandelion is used safely and effectively to increase urine flow. In France they use the term “pissenlit” or bedwetter to refer to the dandelion for its distinct ability to hasten urination.  A dandelion leaf tea or tincture taken regularly can be a successful remedy for swollen ankles, the difficult urination of an enlarged prostate, bloating and water retention of menstruation and to flush the bladder during urinary tract infections.

On the other hand, the root of the dandelion is used as a mild laxative for constipation and as an appetite stimulant.  The root also increases bile production by the liver and bile release through the gallbladder.  Thus, dandelion root is a prescription for the treatment and prevention of gallstones, hepatitis/liver inflammation, fatty liver disease and elevated cholesterol. And because bile release is one of the body’s primary means of detoxification, the root is a perfect aid for a detox or spring cleanse.

Dandelion is also a practical and tasty food source.  Young leaves and yellow flowering tops can be tossed into a summer salad, while older leaves are best when sautéed or added into soups and stews. The nutritional content of the leaf and flower are comparable to green “super foods” such as kale and spinach for their high levels of iron, calcium, potassium, folate and vitamins A, C and K.   The fibre content of dandelion greens gives further weight to it’s health benefits, as fibre is fast becoming the new poster child of healthy eating for its ability to decrease obesity, diabetes, cardiovascular disease and cancer.

Dandelion root can be toasted in the oven and then brewed as a delicious caffeine-free coffee substitute. And just like coffee, the root acts as a morning appetite stimulant and mild laxative, without the caffeine jitters.

So the next time you are tempted to curse the humble dandelion (Taraxacum officinale), think again of its role in traditional medicine across the globe as a “remedy of inflammation.”  Think of the leaves as a treatment for water retention and urinary conditions and the roots as mild laxative, digestive tonic and liver detoxifier. And don’t forget that a handful or two of the flowers and leaves make a welcome addition to a summery salad or savory stew.

As a food, dandelion is safe for all ages and during pregnancy and lactation. Do not use dandelion if you are allergic to the Asteraceae plant family. Consult a Naturopathic Doctor or certified herbalist if you are interested in dandelion for it’s medicinal dosing and effects.