The time is NOW

Health isn’t something you put on the back burner and say I’ll take care of it later when I have some time.  Unfortunately, it just doesn’t work that way.  You don’t want to wait until a health challenge emerges and then start paying attention to your health… but that’s what most people do in our society and how our conventional health care system is designed.  Our current health care system is designed to ignore our health until we see symptoms or some sort of pathology, then you go to the doctor’s to get diagnosed and this is the point that we start to think about our health.  We think our body has turned against us but you haven’t been paying attention and listening to all the signs and symptoms that were telling us that we were out of balance.  It is time to listen to our bodies NOW.

“Those who think they have not time for bodily exercise will sooner or later have to find time for illness.” ~Edward Stanley 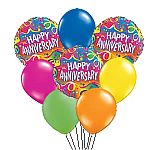 We are approaching our one year anniversary and we want to celebrate!!

We want to show appreciation to our wonderful, dedicated patients who have helped to make our clinic a success and we want to spread the word in the community about our clinic.  So we want to invite our patients and their friends and family, and our community to our First Year Anniversary Open House on Thursday, September 13th from 4pm to 7pm.  Save the date and mark your calendars.

Looking forward to seeing you there!!

Autoimmune disease means that the body is having a difficult time being able to decipher self from non-self.  Our immune system is our internal protection against invaders.  This internal system needs to be able to clearly distinguish self from non-self, in order to know what it will let in and what it needs to attack.  In people with autoimmune disease, their body is trying to fight some sort of stressor(s) that is causing chronic, systemic inflammation.  READ MORE…

Is there anything wrong with ASPARTAME?

Aspartame is an artificial sweetener used in most diet drinks, chewing gum, tabletop sweeteners, juices, yogurts and numerous products that claim to be “sugar-free”.  It is one of the main sugar substitutes used by people with diabetes.  It is considered a safe food additive for human consumption by Health Canada and the FDA.

One of the most concerning facts is that when aspartame is ingested, it is broken down into aspartic acid, phenylalanine and methanol then further broken down to formaldehyde and formic acid.

Get your sweat on – Dome Infrared Sauna

We are happy to be offering at our clinic the latest in sauna technology.  This sauna is different from a conventional sauna which provides ambient heat and only heats the air, this sauna provides radiant heat which warms the object directly, which is your body.  This provides deep, penetrating heat, pulling toxins from subcutaneous fat storage directly into the sweat.

Skin is the largest organ in the body and plays a significant role in detoxifying the body.  The average person has 2.6 million sweat glands and sweat glands are distributed over the majority of the human body. Sweating is a beneficial way to remove toxins from the body. These infrared waves penetrate the skin surface to a depth of about 6cm which leads to a deep sweat and allows toxins to be removed from both superficial and deep layers of tissues. The infrared sauna is able to raise the body’s core temperature and produce a deep, detoxifying sweat, which can remove toxins at the cellular level.

This is an excellent way to remove environmental toxins and heavy metals from the body, as well as improve lymphatic circulation.