LED Light Therapy: An Exciting New Way to Harness the Power of Light for Healing 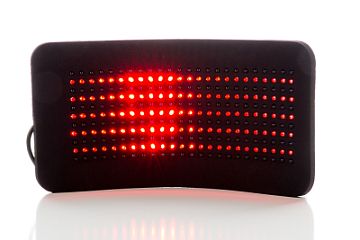 Light is essential for life and although the therapeutic benefits of light energy from the sun has been recognized since ancient times, an abundance of new research is exploring exactly how light affects our cellular physiology and how it can be used to treat a vast array of health concerns. In addition to NASA who has been exploring the use of LED lights in plant growth and wound healing for the past few decades, hundreds of researchers in private and university setting are investigating light therapy in the treatment of many conditions including cardiovascular disease, traumatic brain injury/concussions, PTSD, diabetic neuropathy, and chronic pain from arthritis, tendonitis, unresolved injuries and degenerative disk disease. Furthermore, light therapy also has applications in anti-aging medicine as a way to stimulate collagen formation improving skin tone and elasticity as well as in athletic performance to improve strength and reduce recovery time.

LEDs, or Light Emitting Diodes, are light sources that release energy in the form of “light packages” called photons. These photons have different physiological effects depending on their wavelength, which is determined by the “color” of LED used. The 3 most widely researched colors are red, blue and infrared because they seem to have the greatest cellular effects. 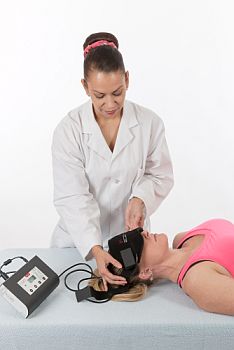 Once delivered to the tissue by the LEDs, the light photons impact healing through two main mechanisms: by increasing release of nitric oxide in the blood vessels and increasing the production of ATP in the mitochondria (energy generators) of the cells. Nitric Oxide, an important signalling molecule in the body, causes vasodilation (increased diameter of the blood vessels) which allows for greater blood flow and thus delivery of oxygen and vital nutrients. This enhanced circulation ultimately leads to decreased pain and inflammation and regeneration of damaged tissues. Other effects of nitric oxide include: improved lymphatic activity, increased bone mineralization, increased phagocytosis (immune response clearing bacteria and cellular debris), increased angiogenesis (building of blood vessels) and increased RNA/DNA synthesis (cell replication). In addition to increased circulation, light also increases the production of our cell’s energy currency called ATP (adenosine triphosphate) through direct excitation of special proteins in the mitochondrial membrane. Increased levels of ATP results in enhanced cellular metabolic activity and repair, improved muscle contraction, improved nerve conduction, and overall better energy!

Application of LED light therapy is simple, safe, and non-invasive and has the powerful ability to support the body’s innate healing capacity. Superluminous (high powered) LEDs that emit red, blue and infrared light are set into flexible neoprene “pads”, which are attached a main control box and power source. This control box powers the LEDs and also pulses the light at different rates, known as Nogier frequencies, which produce a bioresonance effect that further enhances the therapeutic benefit. These frequencies, as discovered by medical researcher and physician Dr Paul Nogier, resonate with specific body tissues and can be used to reinforce their healthy function or to reduce pain and muscle spasm as indicated. The LED light pads are placed on the skin over the desired area and the device’s combination of infrared and visible light diodes create a comfortable warm feeling under the pads. Each light session can last from 20 minutes to an hour depending on the issues being addressed and often patients find that the lights evoke a deep state of relaxation.