How to Use Intermittent Fasting to Support Your Health 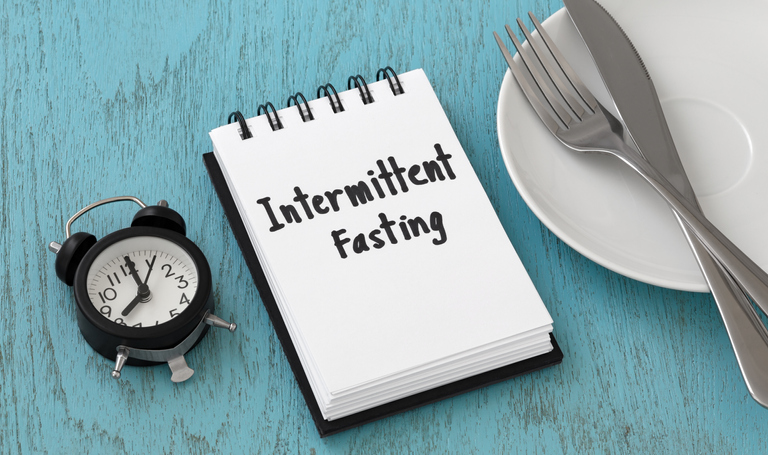 For many years, it was my understanding that eating a well-balanced breakfast set the foundation for a healthy metabolism and consistent energy throughout the day. Then, about 4 years ago, I read a book by Dave Asprey, called The Bulletproof Diet, that introduced me to the concept of intermittent fasting as a way to support optimal health and metabolism.  Although there are many ways to practice intermittent fasting, the type discussed in the book and where I recommend most people start is called time restricted eating (TRE).  TRE involves compressing the time window in which you eat to 8 hours and then abstaining from eating for the remaining 16 hours of the day.  For most people, the easiest way to incorporate this 16:8 time frame is to skip breakfast (gasp!) and eat between noon and 8pm. Despite the recent increase in research exploring the benefits of fasting, throughout human history fasting has been practiced for spiritual reasons and was the norm when food was scarce. In our current, more well-fed and less-active state, and with the increase in processed food high in sugar and refined stretches, there has been a dramatic rise in obesity and type II diabetes. When we eat foods containing sugar or starch our pancreas secretes insulin so that our cells can take in the glucose for energy production but anything that we don’t burn gets stored as glycogen and fat. Therefore, as long as insulin levels are high, our body stores fat instead of burning it. Furthermore, with exposure to high levels of glucose over time, our cells become resistant to insulin so the pancreas has to secrete higher amounts to keep blood sugar levels in check, making it even more difficult to burn fat. As a strategy to counteract these metabolic effects, Intermittent fasting can be used to regulate blood sugar levels, re-set insulin sensitivity and lower insulin levels, and support fat burning. Although there is potential for consuming less calories when practicing intermittent fasting, it is the hormonal impact that has the greatest benefit for fat loss and correcting the metabolic dysfunction in people with insulin resistance, pre-diabetes and type II diabetes. Although intermittent fasting is a valuable tool for supporting weight loss and healthy metabolism, in my practice the best results are obtained when it is combined with a lower carb, nutrient-dense diet such as Paleo or the stricter ketogenic approach.

In addition to the metabolic benefits, intermittent fasting has been shown to offer other health advantages including reducing certain risk factors for cardiovascular disease such as blood pressure, cholesterol, and triglycerides; reducing inflammation and oxidative stress; and supporting cognitive function and slowing the progression of neurodegenerative diseases such as Alzheimer’s. The neuro-enhancing and neuroprotective effects of fasting are thought to be a result of lower levels of overall inflammation as well as the production of ketones that occur when fat is burned for energy. In addition to fueling the brain, these ketones trigger the release a brain hormone called brain-derived neurotrophic factor (BDNF). BDNF is a neuroprotective agent that also helps strengthen neural connections and supports the growth and differentiation of new nerve cells. With longer fasts, generally greater than 18 hours, the body initiates cellular cleanup mode, a process called autophagy, where damaged and dysfunctional cells and proteins are cleared out and recycled, making way for new healthy cells. Dysfunctions and deficiencies in autophagy have been connected to numerous conditions including neurodegenerative disease and cancer. Intermittent fasting also has a hormetic effect, creating a mild stress in the body that ultimately increases resilience and metabolic flexibility.

There are numerous ways to incorporate intermittent fasting into your lifestyle and its flexibility is what makes this tool so valuable. In addition to time restricted eating, there is alternate day fasting and the 5:2 approach where two days per week are fasting days with consumption of 500 calories or less. Fasts longer than 24 hours, for example a 3 day water fast, can be highly therapeutic with respect to triggering fat burning, reducing inflammation, and stimulating a deep level of autophagy but I recommend to do these under the supervision of a health professional. For the time restricted eating I have patients start by slowly increasing their fasted hours, for example eating breakfast at 8am instead of 6am, until they feel ready to have their first meal at noon. Also, you can start off by incorporating TRE one day per week and increasing it from there. During the fasted period, consuming water, herbal tea,  black tea and black coffee is permitted. For the past few years, I have been practicing a variation of intermittent fasting introduced in Dave Asprey’s above mentioned book called Bulletproof intermittent fasting. It involves drinking coffee mixed with grass-fed butter (yes, butter!) and MCT oil, which provides some fast burning fuel but doesn’t increase insulin levels that would kick you out of fat burning. This type of IF is thought to be a bit less stressful on the body than a strict fast and is a good choice for women wanting to support healthy hormone balance as women are slightly more sensitive to signals of starvation than men. I really enjoy Bulletproof intermittent fasting for its metabolic and cognitive effects, as well as the convenience and, being a breakfast-lover, I take the weekends off. Although fasting is a valuable tool, situations where it may not be appropriate include: significant adrenal dysfunction, pregnant or breastfeeding women or those wanting to support optimal fertility, eating disorders, severe hypoglycemia, and those people taking medications for diabetes should consult a health professional prior to starting.