Is there anything wrong with CORN? 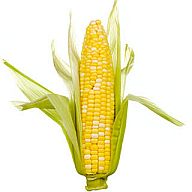 Corn is a common food sensitivity.  We are most familiar with corn in its kernel state, but it is also found in many processed foods such as high fructose corn syrup and corn starch.  A large percentage of corn on the market today are genetically modified to have increased resistance to insect pests.  The genetic modification to corn includes Bacillus thuringiensis crystal protein gene being transferred into corn, this allows the corn to produce its own pesticides against insects.  These are considered advancements is agriculture that have gone through rigorous testing and been approved by the FDA, but the potential risks on short-term and long-term human health still remain to be rigorously studied.

Another problem with corn is that pesticide residue from surrounding soil tends to accumulate and become concentrated in the kernel of the corn making it a high source of toxic pesticides when consumed.