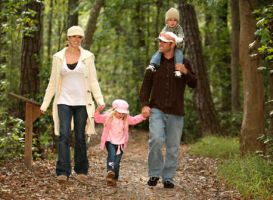 As the weather gets warmer, we start to think about getting outside and getting active.  Some people are intimidated by the word exercise, because we have been conditioned to think that if we’re not at the gym or at a class then it’s not exercise.  I prefer to use the word “movement”.  Our bodies were designed to move.  We were not designed to sit at a computer all day.  Movement can involve anything from going for a nice and easy stroll through the park, doing some gardening, biking through the trails, or doing yoga or pilates; the most important thing is that you “get your body moving”, “be active”….the way nature intended.

“Lack of activity destroys the good condition of every human being, while movement and methodical physical exercise save it and preserve it.”   ~Plato

With the warm weather and sunshine, we now have SUNSCREEN and BUG REPELLANT (DEET-free) that are free of harsh chemicals.

Last month our feature article on Understanding Arthritis, explained arthritis from a naturopathic point of view but did not include ways that we can treat arthritis, which is additional information that many patients have been requesting.  Based on that feedback, Dr. Roberts wrote a Follow-up article on Ways to Treat Arthritis.  Thanks for the feedback!!

Heavy metal toxicity refers to an excessive build-up of toxic metals in the body that can contribute to numerous chronic degenerative diseases, such as cardiovascular disease, Alzheimer’s disease, and multiple sclerosis. However, accumulation of toxic metals can also cause vague symptoms such as: chronic pain, chronic fatigue, brain fog, mood disturbance (mood swings, depression, and/or anxiety), headaches, dizziness, digestive disturbance, chronic infections, and neurological symptoms such as numbness, tingling, burning or paralysis. Such symptoms are often unexplained or misdiagnosed as other conditions.

Diagnosis of heavy metal toxicity is based on symptoms, history of exposure and specialized testing to determine the total body burden of these toxic metals. Because these metals only stay in the blood stream for a very short time before moving into the tissues, testing blood for metals will only indicate an acute exposure.

For most people, it is chronic low-grade exposure and subsequent accumulation over many years that results in metal toxicity issues.  The most accurate way to assess total body burden of toxic metals is to do what is termed a provoked urine challenge.

What is the problem with PEANUTS? 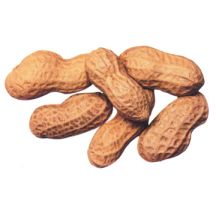 I recommend that my patient avoid consuming peanuts in their diet.  Most peanuts have been genetically modifications, which makes them difficult for our bodies to recognize and properly metabolize.  Peanuts are prone to harboring molds, since they grow at the same level as mold, most notably the carcinogenic mold aflatoxin.  Peanuts also have a tendency to accumulate pesticide residues from surrounding soil and become concentrated sources of toxic pesticides.

In recent years there is an increase in anaphylactic allergic reactions to peanuts.  There are many theories as to why this increased prevalence has occurred.  I suspect it is related to the fact that most peanuts have been genetically modified, that they are prone to harboring molds and can be sources of toxic pesticides.  This has created a new challenge for the children of the 21st century and results in us needing to delay the introduction of this food as long as possible, I typically recommend after age 3.