An Introduction to Lyme Disease 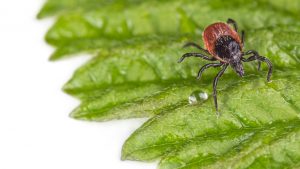 Technically, Lyme disease is an infection with one or more species of Borrelia bacteria, however other infections are often present too.  We call these additional bugs ‘co-infections’.  Co-infections can be bacterial, viral or parasitic.

Bartonella & Babesia are both common co-infections that can be present in a person with Lyme disease.  It’s not unusual for these co-infections to be driving the majority of a person’s symptoms.  This is important to know because the treatment for each is different.  Babesia, for example, is a red blood cell parasite so antibiotics directed at the Lyme bacteria will not hit Babesia.

Often, our doctors only know of Lyme disease as an infection with the bacteria, Borrelia burgdorferi.  Lack of knowledge about the different species of Borrelia & it’s co-infections is just one of the many layers that make this condition so complicated & difficult to identify & treat effectively.

Possibly the most troubling aspects of this illness is that there is no clear set of symptoms that all Lyme patients possess.  For this reason, it has been called “The Great Imitator”, in that it can cause different types of symptoms in different people.  One person can have joint pain that moves from location to location & another person can be only experiencing neurologic symptoms, yet they have the same infection.  Unfortunately, this means the infection is usually not identified in its early stages when its easiest to treat.

Lyme disease & its co-infections are carried by ticks.  In addition to ticks, there is mounting evidence that these infections can be passed by a variety of other biting insects as well.  We know that less than half the people who test positive for Lyme disease remember a tick bite.

When bitten by an insect that transmits Lyme, there is a very specific rash than can happen on the skin that looks like a target made up of expanding, red rings.  This is called an erythema migrans (EM) rash.  A common misconception, even in the medical community, is that this rash is always present when Lyme is transmitted.  The research shows that this rash happens in less than 50% of patients with Lyme.  However, when a person has an EM rash, we know there is Lyme infection present as there is no other known cause of an EM rash.

Other than an EM rash or an embedded tick, there may not be any immediate signs or symptoms of a Lyme infection.  Within a week of infection, people often experience symptoms that look like a mild flu.  In many, this sequence of events is not put together in a way that points to an infection with the Lyme bacteria.  As the next few months unfold, vague & seemingly unrelated symptoms begin to appear.

In this series of articles, I am going to attempt to pare down this complicated topic to its essentials.